Saudi Girls Finally Get to Drive, but Only in a Videogame 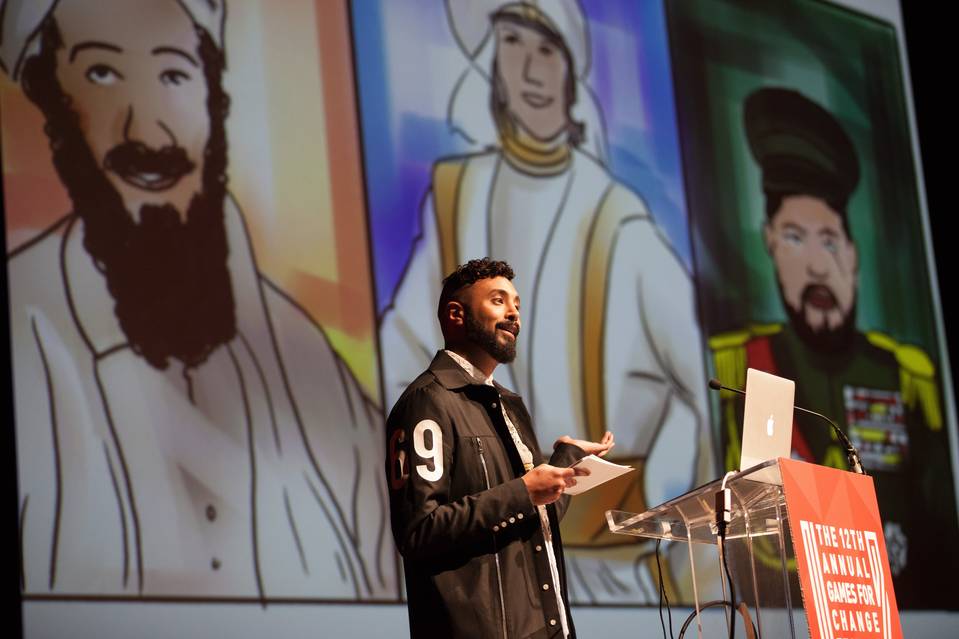 ‘Saudi Girls Revolution’ is a mobile game made by NA3M, a company whose founder and chief executive is Saudi Arabian Prince Fahad bin Faisal Al Saud, above, grandson of the brother of the king. PHOTO: SHANITA SIMS

Saudi Arabian women this year will finally get the right to drive. It will just have to be in a post-apocalyptic world filled with baboon kings, crystal giants, fire dancers, mutants and zombie cybersoldiers.

That’s the setting for the coming mobile videogame “Saudi Girls Revolution,” in which a group of young Saudi women race souped-up motorcycles to fight the evil tyrannical rulers of a corrupted Arabian Empire. It is being made by NA3M, a company with offices in Jordan and Denmark whose founder and chief executive is Saudi Arabian Prince Fahad bin Faisal Al Saud, grandson of the brother of the king.

“I hope every single individual who owns a phone plays,” says the 31-year-old prince. He even means his royal family members. “Their status doesn’t change the fact that they’re still consumers,” he says.

“Saudi Girls Revolution” is set in the late 21st century, where a world war over the loss of natural resources has wiped out three-quarters of Earth’s population. The one city untouched by war: Riyadh, rich with water. After the death of the king, unrest leads to brutal government camps for women.

These “Mu’tazilah,” a name with roots in Arabic and Islamic culture that means those who break away or stand apart, possess distinct personalities and backgrounds that loosely reflect various groups of Saudi Arabian society, according to the game’s creators. Um Bandar is the wise, elderly ringleader who teaches women to fight for themselves. Asma and Allanoud are twins who push against religious sectarianism. Hussa is gay; Leila is from the disconnected upper class of society.

There is even an “ass-kicking” cyborg, Prince Fahad says. He likens their skills to the Mighty Morphin Power Rangers.

A 35-second video on YouTube gives a taste of the game. In the teaser, the shadow of a woman stands beside a motorcycle, her hair and abaya blowing in the wind. Smoke rises amid debris and rain, as a red meteor falls from the sky. In the background, a woman sings: “From far away they came to life with knowledge. They changed our world then left us without warning.”

Choosing an alternate-universe version of Saudi Arabia for the game’s vehicular setting might seem pointed, considering women there are forbidden to drive. While no law explicitly prohibits them from getting behind the wheel, the government has refused to grant licenses to women.

Dozens of Saudi women in recent years have protested the decades long ban by driving cars in the kingdom. Still, a spokesman for the Interior Ministry reaffirmed the ban last October, warning that strong measures would be taken against offenders. Earlier this year, two women were detained for more than 70 days for challenging the ban.

Prince Fahad says there is no political motive behind “Saudi Girls Revolution,” though he hopes it will “inspire women to see themselves in roles that are equal to men.” The website for NA3M says concepts like the one behind the game can “challenge convention.” (Mostly, though, it says it wants people to “enjoy a kick-ass game.”) 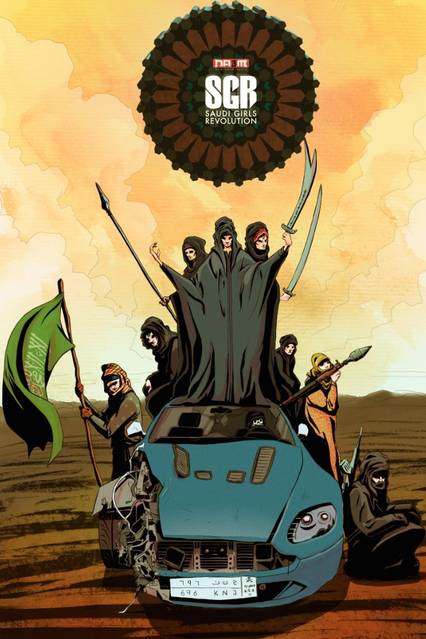 Prince Fahad, who lives in London, grew up playing foreign-made games with powerful female characters like Lara Croft from “Tomb Raider.” After graduating from Stanford University in 2007, he spent two years at Facebook Inc. working on an Arabic version of the social network.

He wanted to empower Saudi women by showing them&mdashliterally&mdashin the driver’s seat. “If we can tell people stories about women driving, maybe they will, maybe it will actually happen,” he says.

Several characters, Prince Fahad says, are named after relatives, like his grandmother.

The inspiration for some villains, such as the game’s evil baboon kings, comes from plants and animals in Saudi Arabian cities. Take Ta’if, for example, where baboons there roam freely, coercing bananas, dates and other fruits from passersby. “If the baboons don’t get what they want, they jump on your car,” he says. “You have to pay the toll.”

It isn’t the first time Prince Fahad has drawn from real life for games. He says an earlier NA3M game, “Run Camel Run,” was inspired by his father, who collects hundreds of camels. Some compete in camel beauty pageants.

“My dad is very conservative,” the prince says, adding that his father wanted him to become an engineer. “He had reservations about me doing anything untraditional when it comes to working. But now he loves [“Run Camel Run”]. It’s his favorite game.”

“Saudi Girls Revolution” is slated for release on the Apple Inc. and Google Inc. app stores sometime later this year. It will be free to download and paired with a digital comic book that tells the back stories of the eight heroines.

“I wanted to engage the Saudi community…to allow them to be comfortable and familiar and used to these types of visuals,” Prince Fahad says. He says he anticipates some backlash in Saudi Arabia over the driving theme, but not from his immediate family because he was raised by strong, independent women. 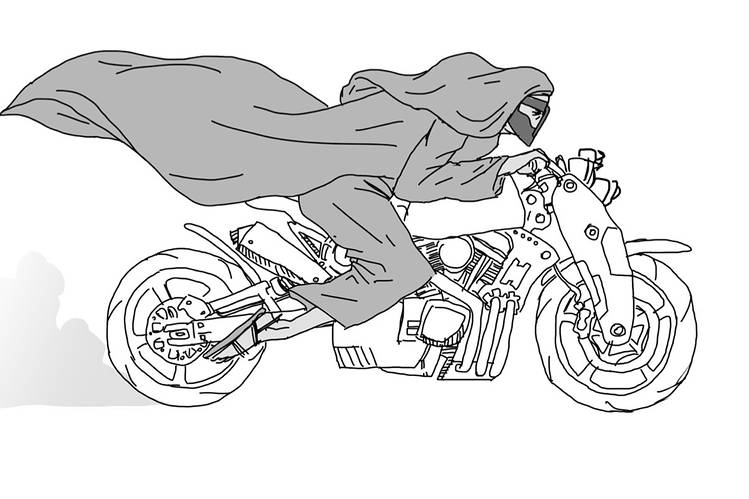 An early rendering of a bike being considered for ‘Saudi Girls Revolution,’ which is still under development and slated for release later this year. PHOTO: NA3M

Videogames that touch on politics, religion and social issues aren’t new. The Sims allowed players to create gay characters since the first game in the life-simulation series was published in 2000. The annual Christian Game Developers Conference promotes games made “specifically to glorify God.” And in the 2014 mobile game “Kim Jong Jetpack,” players take on the role of the North Korean leader and try to save the world from an invasion of evil unicorn pigs, or “unipigs.”

But few, if any, videogames can boast developer credentials linked to royalty. “It makes a huge statement,” says Asi Burak, president of Games for Change, a nonprofit that focuses on inspiring social change through videogames. Prince Fahad spoke at the group’s New York gathering in April.

“You have someone [who’s] part of the establishment in a huge Arab country…starting a game company to deal with Arab culture and Arab themes,” Mr. Burak says. “It’s edgy.”